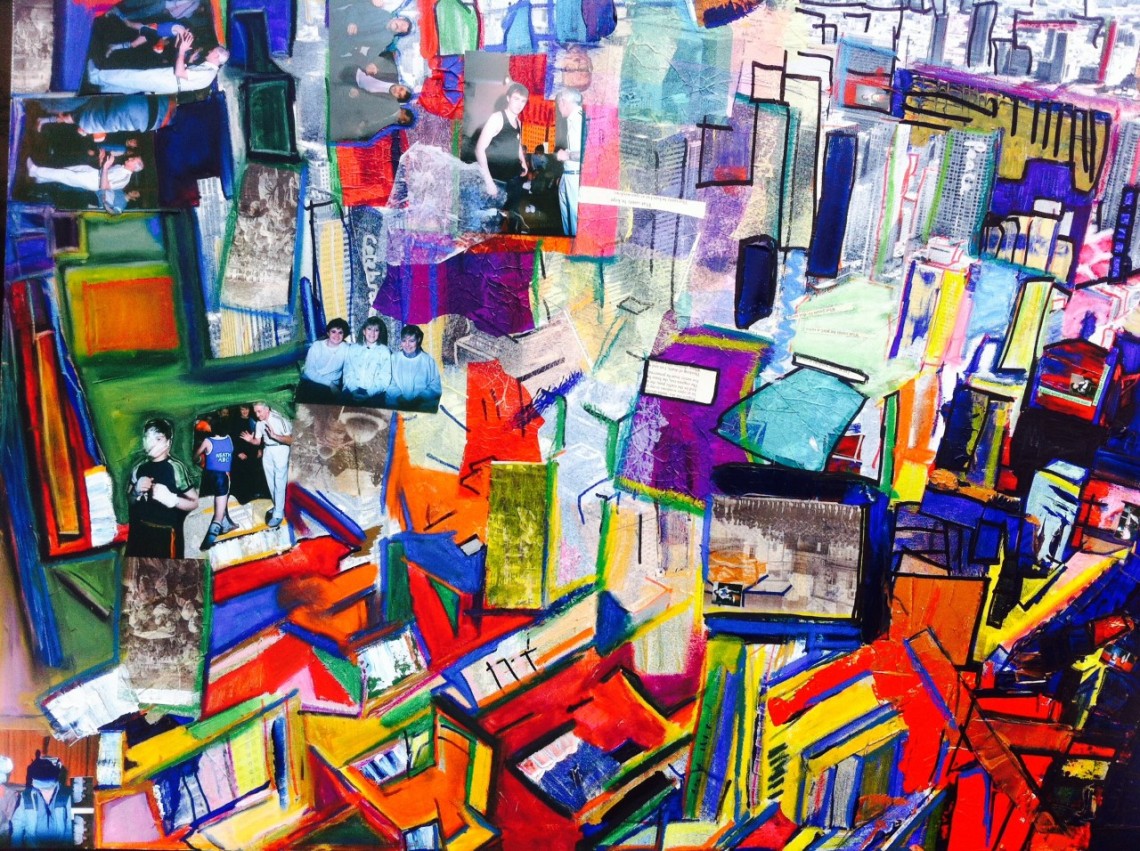 This original canvas began life as a black and white mass produced canvas of New York City,  that has developed into the reflection of the changing world we live in. The timing of this painting took place after the result of the referendum and the vote to leave the European Union.

The elements that have arisen from the painting illustrate the ghost land of the industrial landscape here in Wales. How its communities have struggled but determination and community strengthened. For voices to be heard and recognised. It has been said the result of the referendum was a result of a protest vote due to the austerity measures. And in doing so it has given a voice to the working class. Just like Josef Herman gave a voice to the working class subjects he painted by turning his subjects into works of art.

As an artist and teacher I believe firmly that the arts should be accessible to all. Art is liberating and unique to the individual and their experiences.